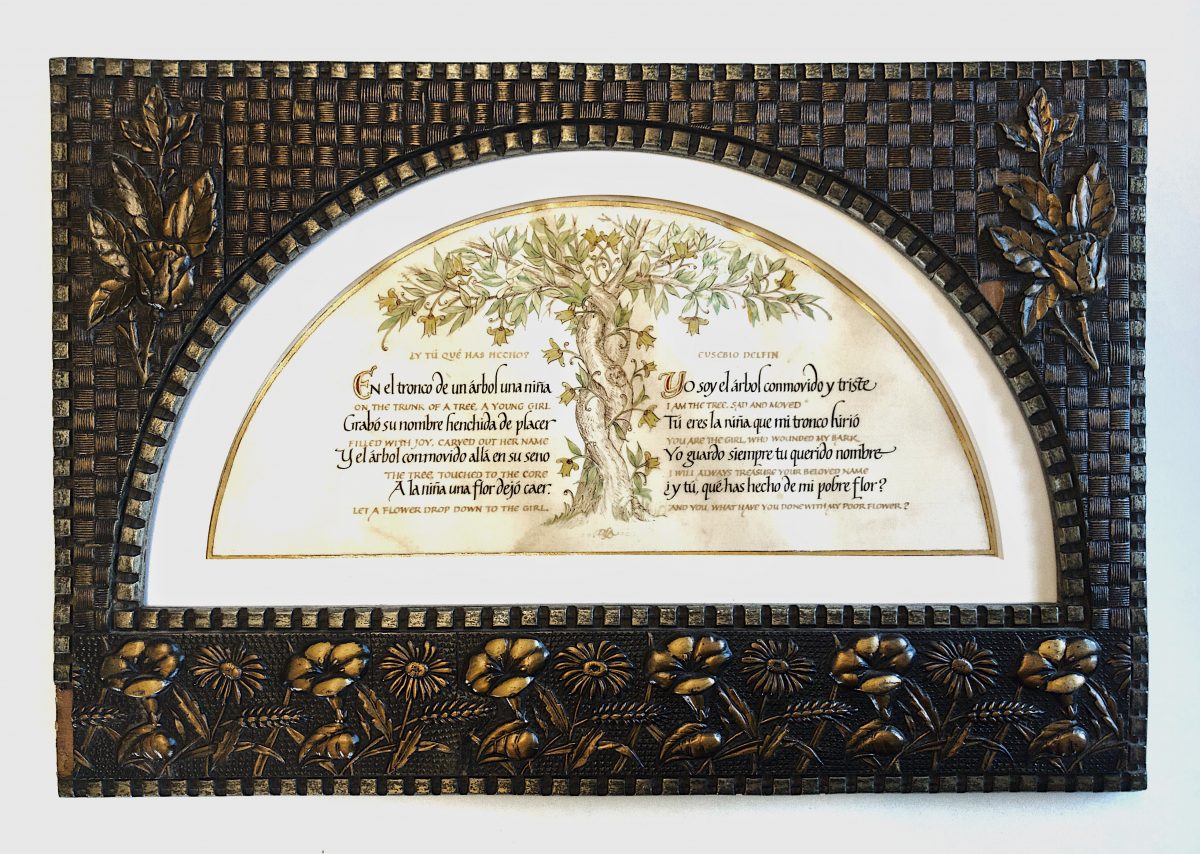 Posted at 22:14h in Calligraphy, Illustrations by dasadmin
Share

Music touches the soul in ways that are hard to describe. When songs and lyrics are written on paper in calligraphic format, they take on a new beauty. Elegant and sweeping brush strokes give shape to the song, bringing it into the physical world, and the lyrics themselves no longer exist as just a component of music, but rather become an art of their own.

David Ashley has created many beautiful calligraphic works that include song lyrics and poems. One of his most interesting pieces of this fashion is titled “Folk Song with Illumination & Illustration”.

About the Calligraphic Work “Folk Song with Illumination & Illustration”

“Folk Song with Illumination & Illustration” is a calligraphic piece produced as a result of a request from two of David’s dear friends. The request came about after David’s friends had spent the day at a local flea market and came across a unique looking copper colored frame. The frame had an old world appearance and was adorned with elegant flowers. The two got the idea to add the lyrics of a Spanish folk song to the frame and display it on a wall in their home. They asked David if he could write the lyrics in calligraphy. 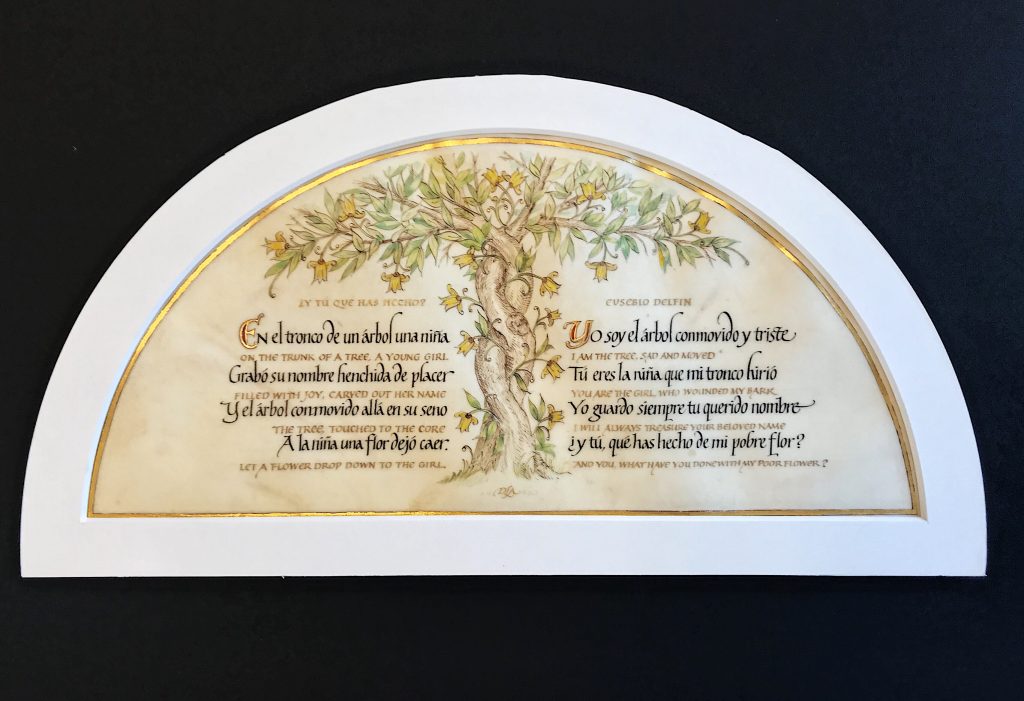 Happy to assist his friends, David began work write away. Keeping in line with the musical theme of the piece, he decided to write the lyrics on a piece of drum vellum he had obtained from Rupp’s Drums in Southeast Denver. First, he sanded the vellum to make it soft, then wrote the lyrics in condensed Roman Script using Chinese Stick Ink.

Next, David added an illustration using gouache and opaque watercolors. The illustration was created not only to match the frame, but also to symbolize the story told in the song. The lyrics detail the story of a man who gives a flower to a girl he loves and carves their initials in a tree. When she leaves him, he becomes like the tree with wounded bark, and he asks what has been done with his poor flower. For this reason, David chose to add a tree with yellow flowers to the center of the piece. 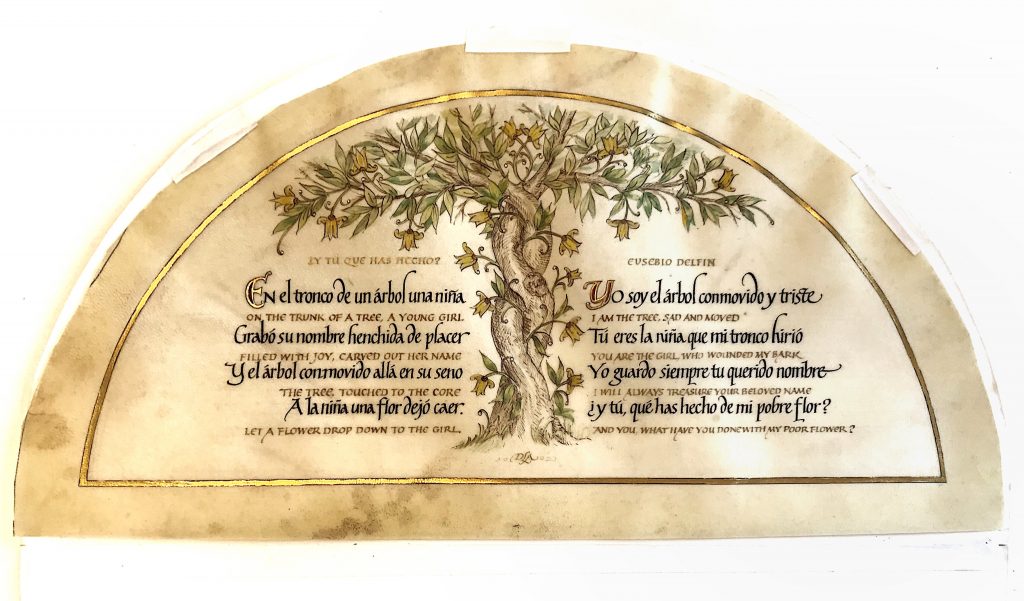 As a final touch, David added a border and gilded various elements of the design using acrylic gesso. Then, David had the vellum set into the frame before presenting it to his friends. The piece now rests on wall near the fireplace in their home where it can be admired by all who come to visit.

Obtain a Handwritten Poem or Illustration from David Ashley Studio

Do you have a poem or song that you would like expressed in handwritten calligraphy? If so, David would love to hear from you. To get in touch, you can call David directly or complete the contact form on this website.